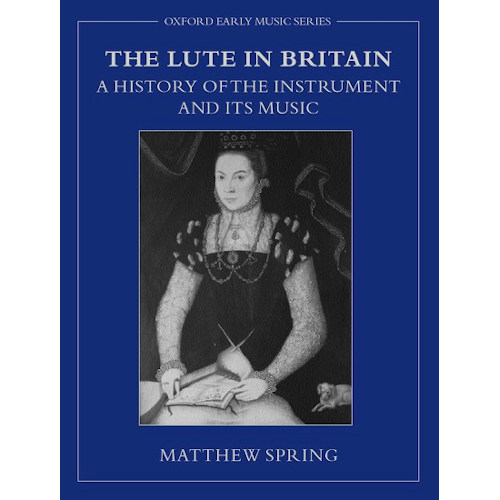 A History of the Instrument and its Music

Gives detailed information about the instrument itself, its players and makers, its repertoire, technique and all the key composers and players

Compares the lute in Britain with its development in Europe

The lute was one of the most important instruments in use in Europe from late medieval times up to the eighteenth century, as a solo instrument, in combination with other instruments, or with the voice. Despite its acknowledged importance this study is the first ever comprehensive work on the instrument and its music, apart from performance studies or bibliographical and reference publications.

While Spring focuses on the lute in Britain, he also includes two chapters devoted to continental developments: one on the transition from medieval to renaissance, the other on renaissance to baroque, and the lute in Britain is never treated in isolation. Six chapters cover all aspects of the lute's history and its music in England from 1285 to well into the eighteenth century, whilst other chapters cover the instruments early history, the lute in concert, lute song accompaniment, the thearbo, and the lute in Scotland. Writing for the music student, the serious listener, the player, maker, and lute enthusiast, Spring makes available for the first time, over 40 years of musical scholarship previously the preserve of academic journals.